Having reached the top of the UK’s leisure management software industry, Gladstone has now conquered the nation’s physical summit in the gruelling Three Peaks Challenge.

Three teams of intrepid outdoors-people from Gladstone planted the company’s flag on the UK’s tallest mountains — Scafell Pike in England, Ben Nevis in Scotland and Snowdon in Wales — as part of National Fitness Day, 26th September 2018.

Teamwork and dedication, core qualities of the Gladstone family, carried our teams to the roof of the UK. But they couldn’t have done it without the equally committed men and women of the Wasdale Mountain Rescue Team.

They were called upon to carry Sarah Worsnop a member of the Support Team from their Leeds office, from Scafell Pike when she was seized with an excruciating muscle injury in one of her legs. 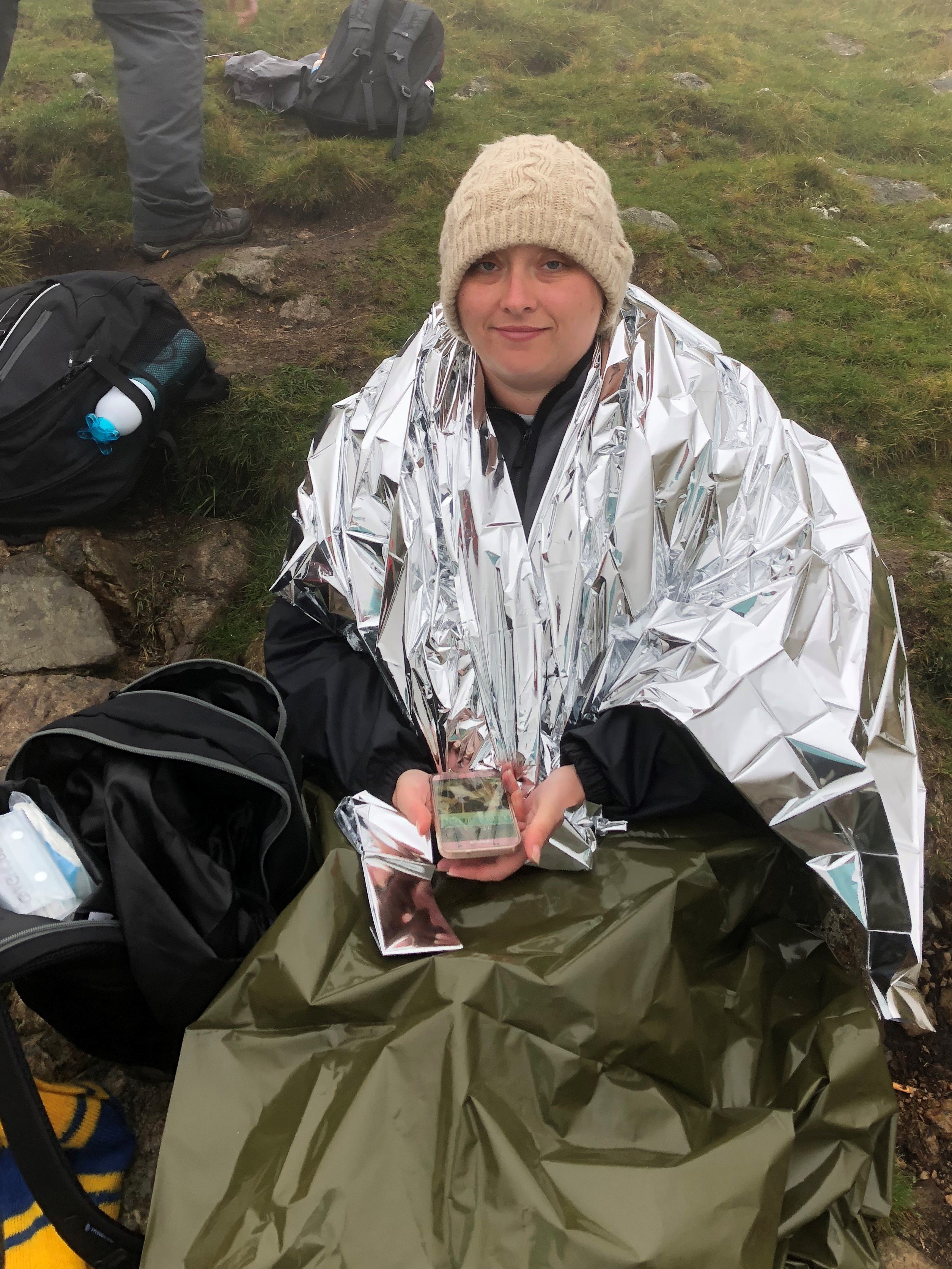 ‘I honestly cannot thank the mountain rescue team enough’,
says Sarah. ‘They were all incredible — they are so
professional, their knowledge of the area is immense.’

Sarah’s troubles began early in her team’s ascent of the rugged peak in the stunning Lake District of northwest England.

‘The weather was bleak’, she remembers. ‘High winds, freezing, horizontal rain. Even though I had a walking pole and decent boots, the rocks got the better of me. I felt a bit of a tweak in my leg and decided to keep it quiet for a while and try to walk it off.’

The rain-wetted stones that etched a makeshift stairway up the steepest parts of the mountain were perilously slippery and the thickening cloud cover reduced visibility to mere metres. With the pain intensifying in her leg, her spirits sapping and terrain underfoot making progress difficult, the team decided Sarah and a colleague would sit out the rest of the climb. A separate detachment would make its way to plant the Gladstone flag at the summit.

‘It was getting colder and colder and wetter’, she remembers. ‘My leg completely stopped working — it was so painful at this point that I would have taken childbirth over walking! I just couldn’t go on. After a few tears and a little protest, we called out mountain rescue.’

Within an hour of calling the nearby Wasdale Mountain Rescue Team, an early responder appeared, sheathing Sarah in warm wrapping and administering painkillers. Moments later, the rest of the rescue team arrived, bearing warm dry clothes, water and rescue equipment. They first tried to aid Sarah on foot but the pain was too much for her and she was strapped to a stretcher. 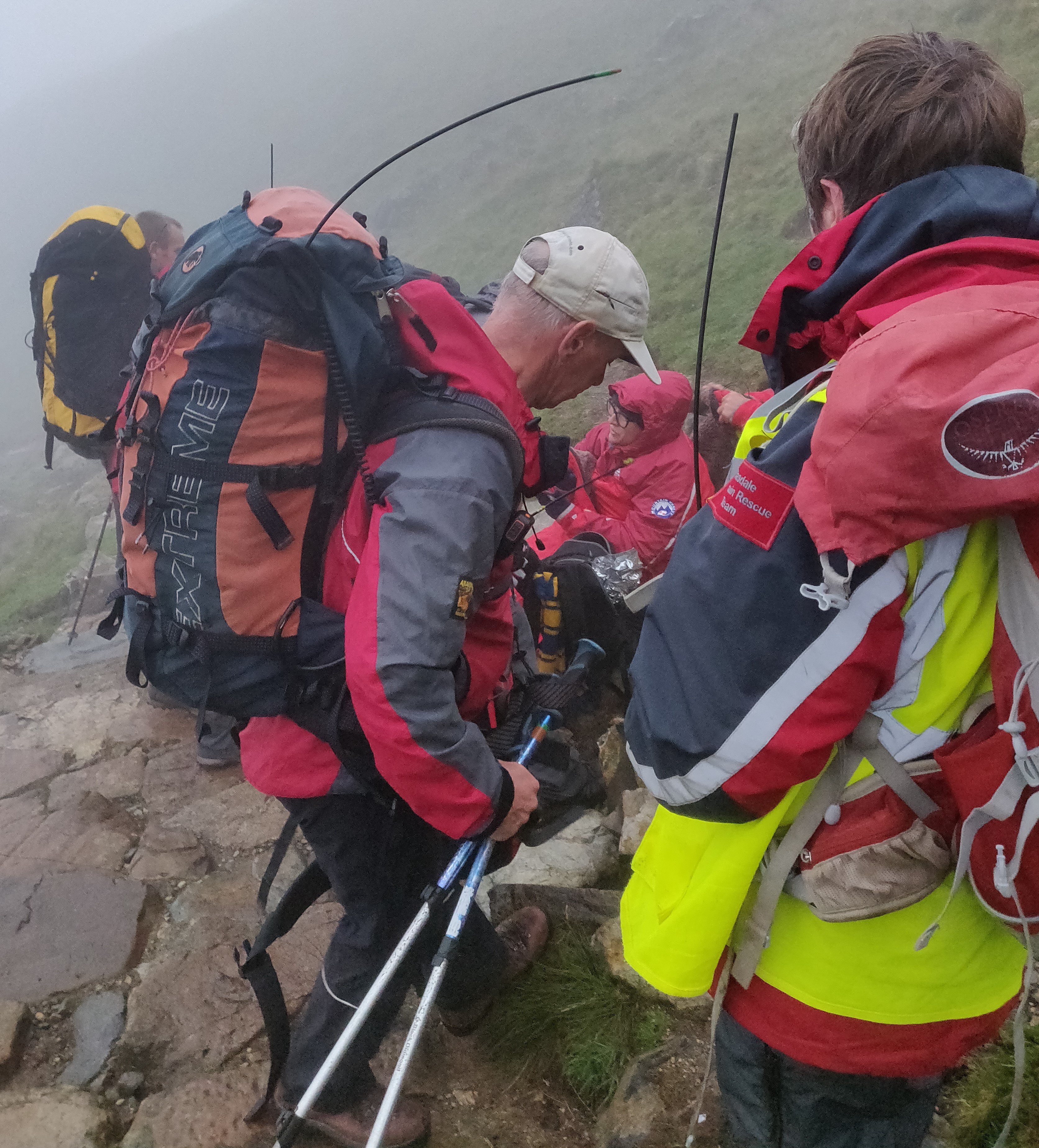 ‘The organisation of the team was unreal, they all just knew where to be and what to do and exactly when’, Sarah regales. ‘They kept checking how I was and making general chit chat on the way down. I felt so guilty for calling them all out at tea time and interrupting their night.’

We pride ourselves on our teamwork at Gladstone. But we have to take our hats off to the committed men and women that risk their lives to save others lost or injured on our rugged mountains. Every day these brave volunteers put themselves at the service of mountain climbers and hill-walkers, providing skills that save lives and prevent injuries.

Their dedication has inspired Sarah to return to Scafell Pike.

‘I need to finish what I started!’

To support the great work of the Mountain Rescue team, our Head of Professional Services Lynne Reeves - who was team lead for the Scafell ascent has dedicated her recent employee reward to the Wasdale Mountain Rescue team, as a thank you for their hard work and dedication to help our colleague Sarah.  This turn has been matched by Gladstone to give thanks for this amazing charity for their work supporting the Gladstone team on their ascent of Scafell Pike.  Learn about the great work of Wasdale Mountain Rescue. 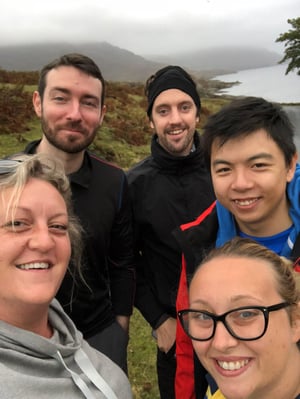 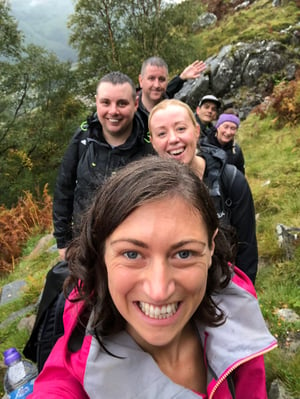 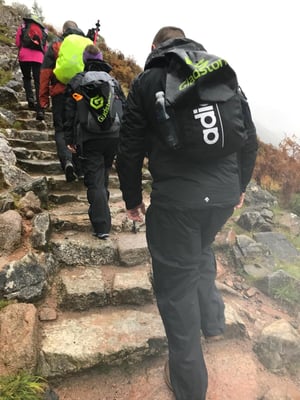 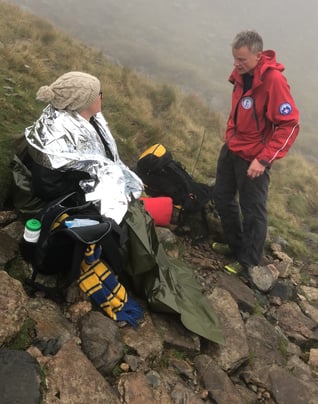 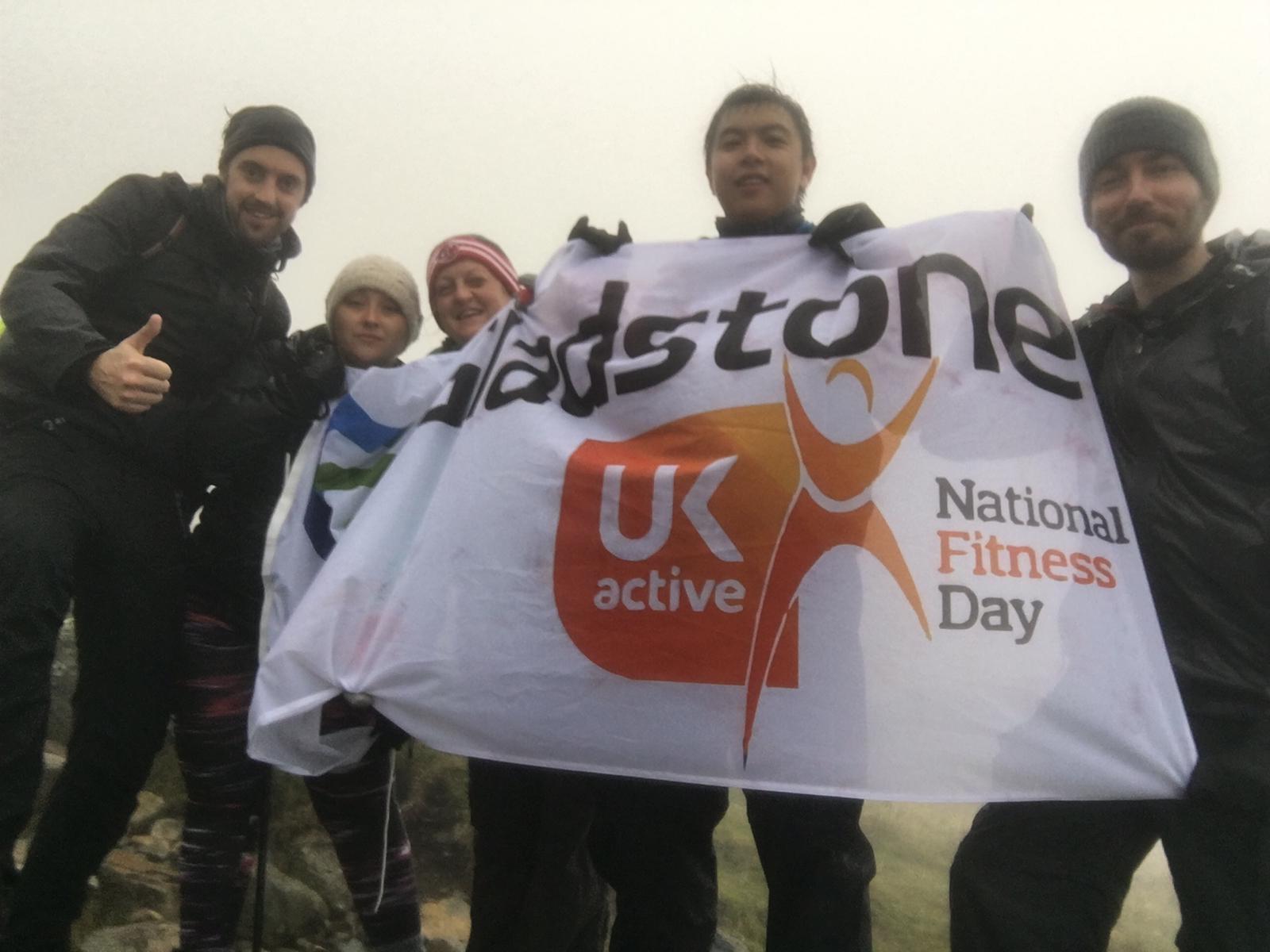 Previous Story
← The gym of the future: what’s around the corner?
Next Story
How to Make a Robust Business Case in the Public Sector →

Let us know what you think 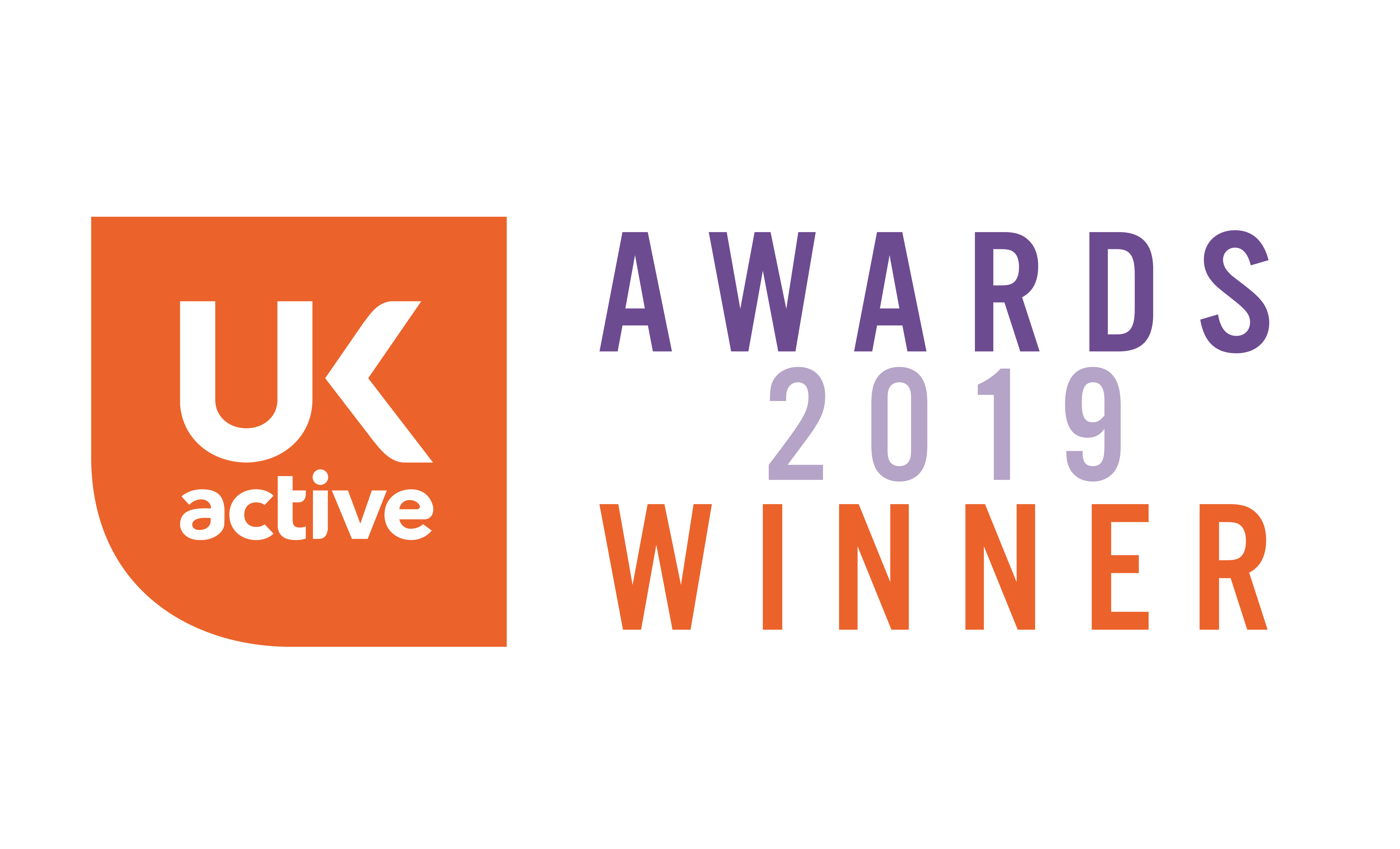